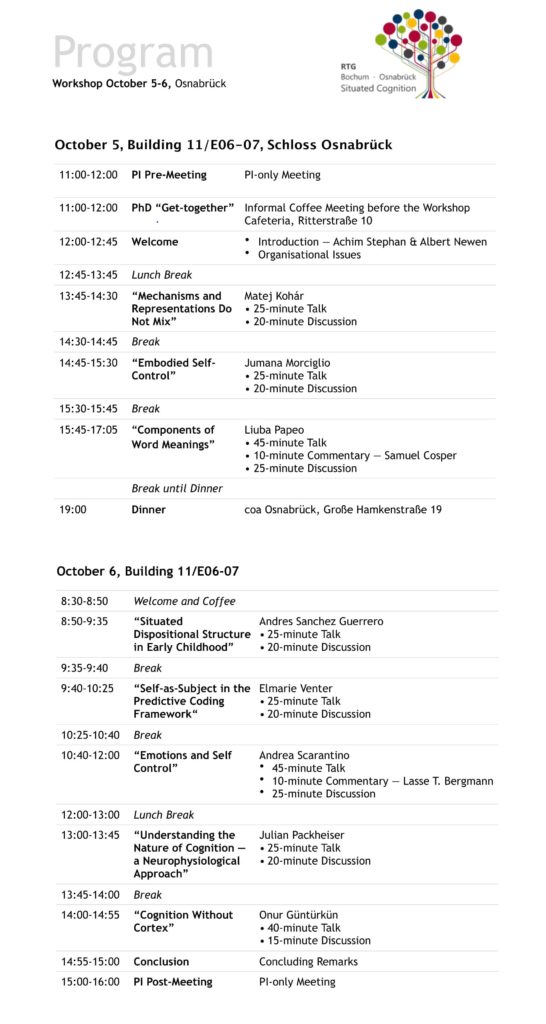 On the 5th and 6th of October 2017 we held our first conference in Osnabrück.

The first day was opened by two PhD students, who reported their progressing work and afterwards were given feedback by the audience. Matej Koher presented a paper where he suggests that explanations in cognitive science have wrongfully combined mechanistic decomposition with the representational theory of mind. He argues that these two accounts are incompatible. Afterwards Jumana Morciglio showed her advancements in her integrative theory of self-control and embodiment extending the traditional “cognitivist” view. Especially chronically weak-willed agents could profit including the body to self-control strategies, which are easier to train than habits. For example embodying certain emotions (e.g. pride) may provide a cognitive short cut to help people stick to their better judgements.

After two talks, which were strongly embedded in the situated cognition framework, Liuba Papeo from the Institute of Cogntive Sciences at the Université de Lyon presented her empirical findings as a counter opinion, arguing for a weaker notion of embodiment. Based on her research with brain damaged patients, she and her colleagues found evidence that patients with motor dysfunction are still able to comprehend the meaning of an action word. This effect cannot be explained by situated approaches and constitutes a problem affecting the core ideas of this framework. These results should find consideration in our underlying paradigm. Her talk was commented by the PhD student Samuel Cosper, who summarised her presented findings, emphasising that the motor cortex is sensitive and that the semantic representation may not reside within the cortex itself, but rather that the cortex itself serves a mediated/secondary function.

After fruitful discussions based on conceptual opposing views of the different talks during the day, debates were continued at the more relaxed atmosphere of the Asian fusion restaurant coa in Osnabrück.

On the second day, continuing with the theme of emotions, Andres Sanchez Guerrero, an associated postdoc of the RTG from the Münster University Hospital (UKM) introduced an account of situated dispositional structures in early childhood. The aim of his project is to combine approaches of the psychodynamic structure with the paradigm of developmental psychology and the situated cognition theory into one framework, bringing it back to clinical practice. Developing a new theory including the first years of life he wants to expand the age range of the OPD-CA-2 (Operationalized Psychodynamic Diagnosis in Childhood and Adolescence) to infancy as well.

Subsequently, the PhD student Elmarie Venter introduced her work on predictive coding, perceptual content and the experiencing subject, exploring the accuracy conditions for a model of the world in the predictive coding framework. She proposed that any analysis of perception in terms of predictive coding will remain incomplete if the self-as-subject is not explained.

Andrea Scarantino, from Georgia State University, was invited for a talk about his motivational theory of emotion, which holds that emotions are essentially irruptive and prioritized impulses to behave. He argued that emotions can help self-control by virtue of how they motivate, feel and evaluate the self and their contribution to setting and shielding distal goals from proximal ones mirrors cognitive habits of self-control. The PhD student Lasse Bergmann summarised this talk and raised the question whether emotions really can be brought into line with goals as suggested by Scarantino.

The PhD student Julian Packheiser started the neurophysiological block arguing that single-unit recordings provide insights into the mechanism of how cognition is organized and realized. Based on first data he concluded that cognitive processes are most likely not structured in a spatially and temporally linear pattern, but rather achieved through feedback processing and neural coupling between perception and action depending on task complexity.

Last but not least Onur Güntürkün from the Ruhr-University Bochum presented the reasons why cognitive performances of birds were underestimated for more than 100 years. Birds, especially pigeons, crows and parrots, are able to act on the same level of cognition as mammals although the structure of the brain is fundamentally different, as birds do not have a cortex. This is possible due to more tightly packed neuronal areas in the brain. He closed his talk stating that different organised brains can produce the same cognitive output.

All together this conference was a great opportunity and inspiration for the continuing work of the RTG. We are looking forward to continue with these stimulating discussions in the upcoming conference on the 15th of December 2017, hosted by the Ruhr-University Bochum, where the remaining PhD students present their projects. 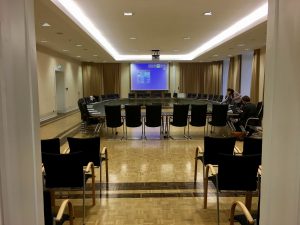 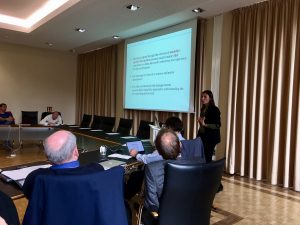 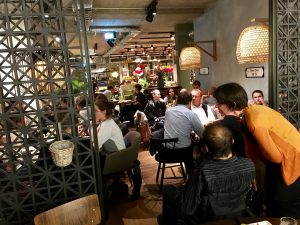 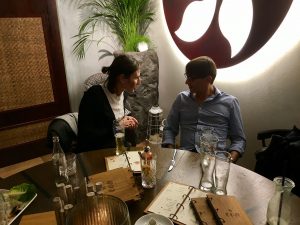 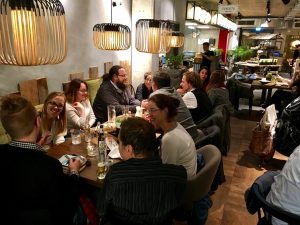 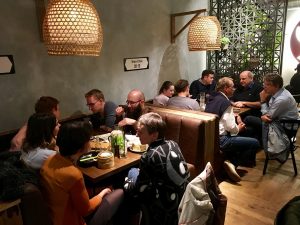 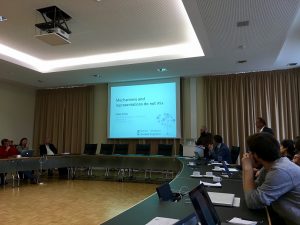 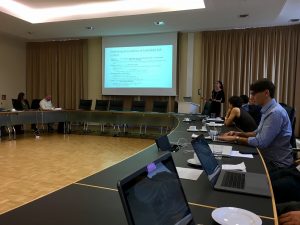 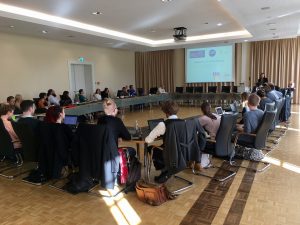 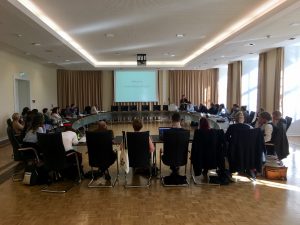 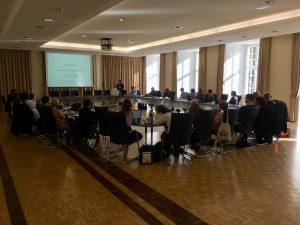 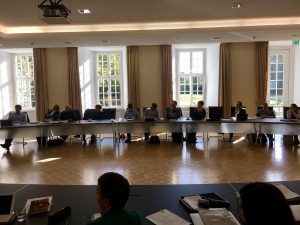 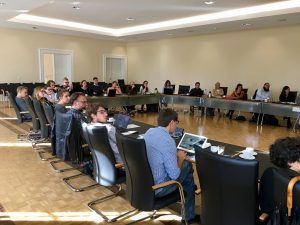 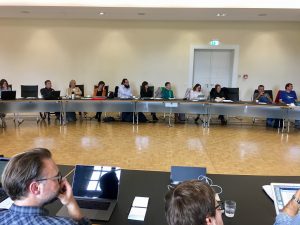