The joint Research Training Group (RTG) is based at the Ruhr-University Bochum and Osnabrück University. Methodologically, it connects philosophy of mind and cognition, on the one hand, and the cognitive sciences, on the other. The main goal of the RTG is to identify deficits in traditional conceptions of the human mind and to refine and enhance the existing conceptions by drawing on new developments in the cognitive sciences that have not yet made their way into the prevailing philosophical approaches.

In particular, the goal is to assess the explanatory potential four leading paradigms in current cognitive science, usually referred to by the labels “embodiment,” “enactment,” “embeddedness” and “extendedness,” have with regard to four central cognitive phenomena that have been of longstanding philosophical interest, viz., perception, agency, emotions and social and linguistic understanding.

Philosophical analysis is the prime objective of the RTG. Philosophical analysis provides the conceptual framework for the investigation of the four central cognitive phenomena and it fosters the RTG’s understanding of these phenomena by integrating the results of empirical research and philosophical theorizing into a unified theoretical framework. In doing so, work within the RTG relies heavily on reviewing empirical studies as the background of philosophical theory formation, on the philosophical interpretation of the latest cutting-edge experiments, and on the direct critical interaction with colleagues from the respective empirical disciplines. Since research on mental phenomena has become a decidedly interdisciplinary endeavor over the past two decades, it is inevitable that representative empirical studies are systematically integrated into the RTG’s work. The overarching goal is to develop an account of cognition, by integrating in a philosophically critical way both the empirical advances over the past decades and current conceptions of various cognitive phenomena, in particular with regard to their essentially situated nature. This reflects the RTG’s deep conviction that only a joint effort and the interplay between empirical and philosophical research can provide us with an adequate account of cognition and thus the human mind.

With the second cohort of PhD-researchers we aim to integrate applications with new perspectives including ontogenetic and phylogenetic studies as well as investigations about special mental states (disorders). Since the RTG has a clear focus on philosophical theory formation, all applications have a close relation to theory formation. Concerning the core concepts, we argue that the 4E distinction should be substituted by a 3E distinction resulting in “embodiment”, “enactment”, and “environmental scaffolding” (the latter being more fruitful than “embeddedness” and “extendedness”) as central concepts. Furthermore, in the meantime it seems obvious that the classical understanding of mental representation (in line with Fodor) is untenable. We have developed a minimal consensus within the RTG that we need mental representations to deliver adequate descriptions of some mental phenomena but their contents have to be characterized as flexible as well as dependent on context and explanatory interest. On this basis we aim to develop a theory of mind and cognition which denies rigid neural modules, accounts for multiple interactions between brain and body as well as integrations with the physical and social environment. To this end we already have worked out some building blocks which should be unfolded in the second phase and ideally be integrated into a new theory of the nature of cognition. We are convinced that only a joint effort and the interplay between empirical and philosophical research enable us to reach this goal.

Have a look their projects here. 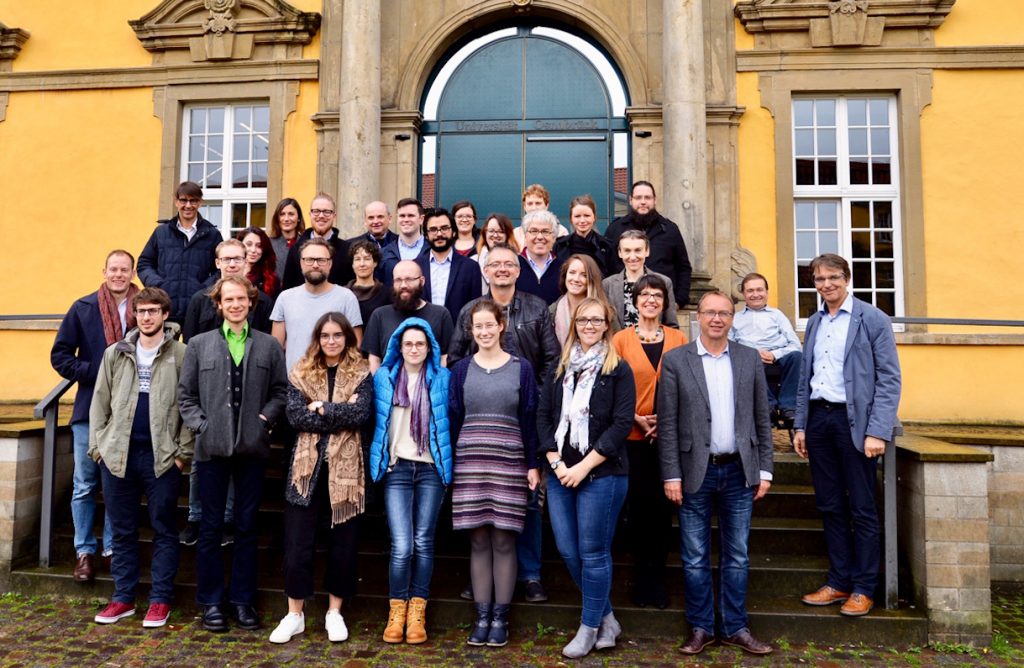 The projects of the first cohort, together with a detailed description, can be found here.