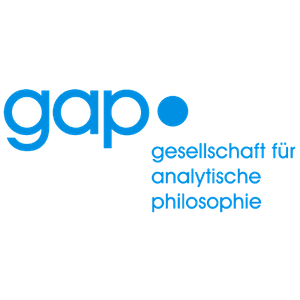 In the growing literature of situated philosophical theories, two concepts have proven central in the attempt to characterize the influence of extra-bodily factors on cognitive and affective phenomena: scaffolding and niche construction. Both concepts seem to characterize closely related processes of using, structuring, or changing aspects of the environment, intentionally or unintentionally, in such a way that the environment fulfills a certain enabling, supporting, enhancing, or regulating function for the activities, skills, and capacities of agents. Moreover, both concepts seem to focus on ways of establishing certain relations between (dispositional and non-dispositional) properties of an organism and the environment. Further, both concepts have been applied to a heterogeneous class of extra-bodily objects, such as food, art, technical devices, and other people, and a variety of areas in the cognitive sciences, such as memory, social understanding, perceptual judgment, and emotion regulation.

The aim of the workshop is to discuss the previously indicated questions to lay the groundwork towards a more fine-grained conceptual framework for scaffolding and niche construction and to advance our understanding of these phenomena by integrating the results of different philosophical debates and their related fields of application. The workshop will consist of four thematic blocks. Block (1), Conceptual Issues, critically reflects general questions regarding the notions of scaffolding and niche construction and their range of application in the philosophical debate, while blocks (2) to (4) focus on different Applications of these two concepts structured along the spatio-temporal units of analysis they respectively concern. Block (2), Biological & Cultural Evolution, addresses the application to the historically far-reaching processes of the diachronic development of the human species in relation to its environment, including the interaction with material objects, other humans, as well as non-human organisms. Block (3), Socio-Political and Socio-Technological Developments, concerns sociogenetic processes in which the concepts of scaffolding and niche construction might be used to better understand group dynamics, developments in political climate, influences of increasing interaction with AIs, or changes in human communication through social media. Block (4), Perspectives on Individuals, assesses the role of scaffolding and niche construction in understanding the ontogenetic developments of individuals throughout childhood and adulthood and their dynamic coordination with the environment in particular situations. This includes, for example, the influence of different styles of narrative thinking on social interaction as well as of environmental factors on the generation and maintenance of psychopathologies and addictions.

We expect fruitful interaction between these different thematic units. As a subject area that crosses the conceptual issues as well as the different fields of application, we expect that both the bright and the dark side of scaffolding and niche construction will be addressed. For example, with respect to socio-technological developments, this includes the positive affective aspects of social online interaction in the pandemic as well as the emergence of echo chambers on social media platforms that (negatively) contribute to political and religious radicalization. Similarly, regarding a person’s individual perspective, worthwhile to take into account are both the ways in which the environment can enrich and enable an individual’s abilities, skills, and capacities and the systematic debilitating or restricting effects of certain environmental structures that may contribute to physiological and psychological health issues.

As speakers we are pleased to include three international guests who have made significant contributions to the philosophical debate on scaffolding and niche construction, as well as selected members of the Research Training Group who work on related topics to bring together the perspectives of established scientists with those of early career researchers to further the debate. There will be two speakers for each of the four thematic blocks. We are pleased to have gained the following three external speakers as keynotes for the satellite workshop: Prof. Somogy Varga, Dr. Lucy Osler, & Prof. Matthew Ratcliffe. From the RTG the following speakers will present their work: Dr. Sabrina Coninx, Maja Griem, Bartosz Radomski, Daniele Valentini, and Francesco Fanti Rovetta.

We refer to the main page of the GAP.11 for further information: https://gap11.de